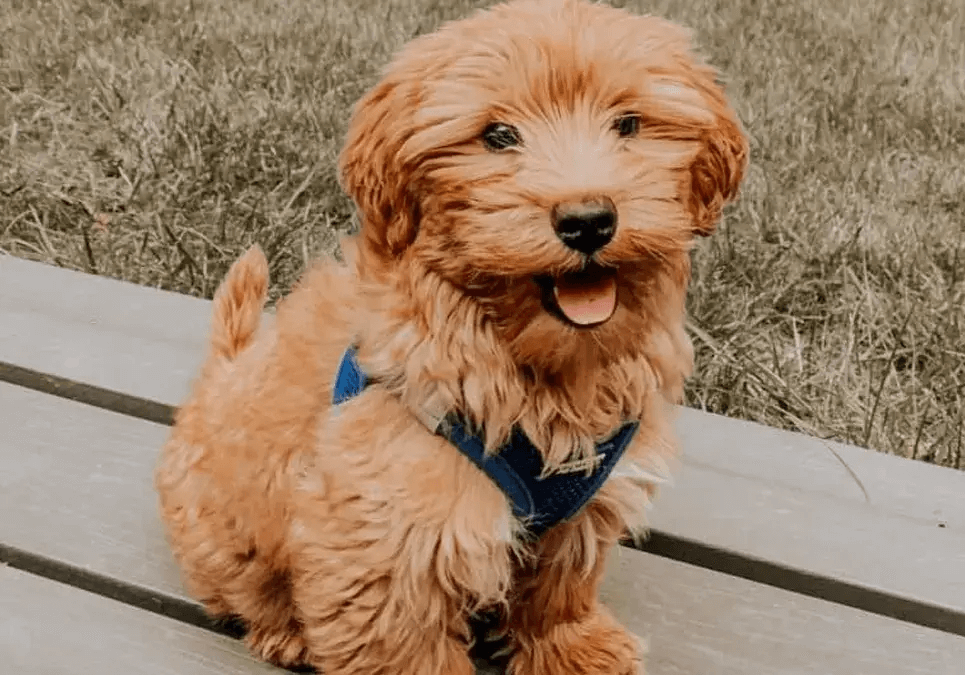 Goldendoodles are so adorable. They’re very energetic, and need to play, have constant activity and mental stimulation, be it with people and other pets, fetching a ball, running, or even swimming. They are indoor dogs, so they need to feel “at home”, and they need to have a place for their daily R & R.

How big do Goldendoodles get?

Overall, a Goldendoodle dog is considered a low-shedding dog, but how much they shed is contingent upon which parental purebred dog they take after. Their furs range from curly to straight, and wavy in between. If they take after the Poodle parent, they’re less apt to shed as opposed to the Golden Retriever parent.

How often should you groom a Goldendoodle?

Grooming is a necessity for this designer dog. It’s recommended that you start this process early on so that they can get used to it. How much grooming is needed depends on your Goldendoodle dog and its fur type. This is a necessity, especially around the eyes, ears, hind end, and footpads. The pups with curlier coats need to be brushed daily. The other fur types only need to be brushed one or two times a week. Slicker brushes are a great tool to use to keep their furs healthy. Bathing can be done once every three-four weeks.

One of the biggest selling points about Goldendoodles is their hypoallergenic coats. Being considered a hypoallergenic dog, means they can still shed dander and cause an allergic reaction. Like any dog, they can and will still shed, but not as often as other breeds, and make for excellent allergy-friendly dogs. Depending on the fur type, they can be considered high-maintenance because of their need to be groomed every 8-12 weeks.

How much should a Goldendoodle puppy eat?

Proper nutrition is key when it comes to your dog’s well-being and behavior. It’s recommended that you consult with your vet as to what’s the best diet to follow from when they’re puppies and when they’re adults. All in all, they need food with all of the essential nutrients. Goldendoodle puppies eat on average, 2 – 4 times a day. Their food should consist of as little as ⅔ cups, and up to as much as 4 cups of food a day.

How long do Goldendoodles live?

On average, a Standard Goldendoodle lives anywhere between 10 to 15 years, while a Mini Goldendoodle can live slightly longer averaging around 12 to 16 years.

What is an F1 Goldendoodle?

F1 refers to the first generation, where two purebred dogs mate. In this case, it’s when a Standard Poodle and a Golden Retriever mate and produce a litter of Goldendoodle puppies. The next generation to follow is an F2. This is where two crossbreed dogs mate.

What is F1b Goldendoodle?

Continuing from the previous question, this is the next generation to follow. It’s when a purebred dog and crossbreed dog mate. The generation after this is called F1BB. This is when purebreed mates with an F1B.

Goldendoodles are produced from two of the smartest dogs, so it’s highly likely that they, too, will inherit their parent’s intelligence.

Do Goldendoodles bark a lot?

Typically speaking, no. If your Goldendoodle barks a lot, there’s a reason why. He might be in pain, fearful of something, feeling lonely, or he’s being protective and guarding his loved ones.