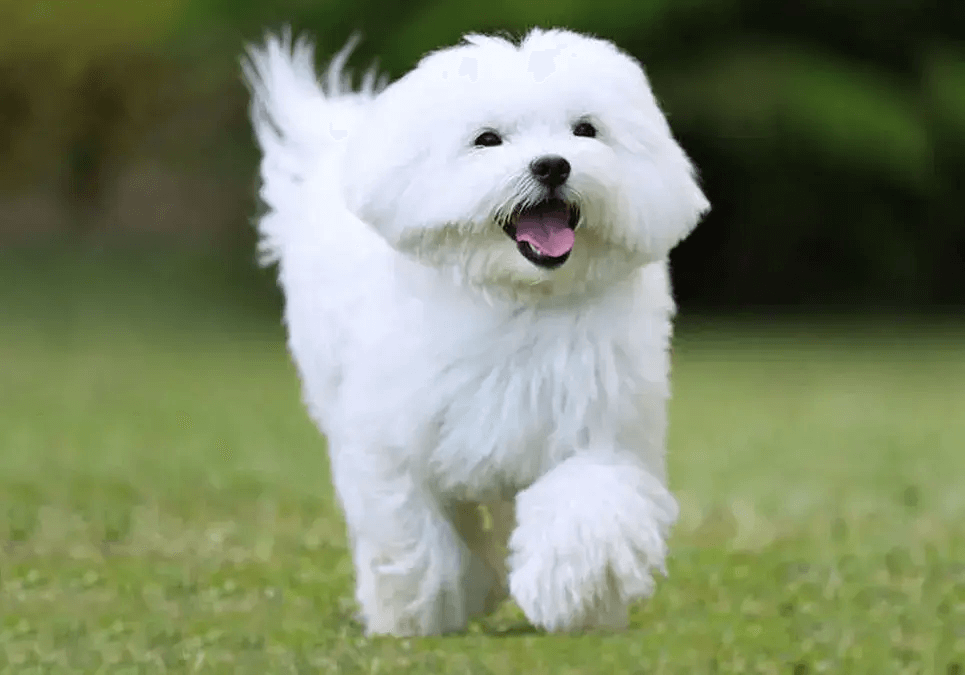 Meet the Maltese. An intelligent breed who enjoys learning tricks and possesses a playful nature where they love playing games. They’re very vigorous, and quite the lively ones with a lot of energy. They also have a peaceful side to them, and because they’re such happy creatures, along with such adorable faces, they make your day.

Where are Maltese dogs from?

Descending from one of the most ancient dog breeds, their origin is said to be from south-central Europe. Maltese dogs were also said to be found in abundance on the island of Malta, hence their Maltese name. This hasn’t been substantiated. Malta is a small island country that is located in the Mediterranean Sea between the coast of North Africa and Sicily.

Surprisingly, Maltese dogs don’t shed much. When they do shed, it’s light and done throughout the year. They do, however, require a lot of brushing, so that their hair doesn’t become matted or tangled. This should be done at least 2 to 3 times a week. Bathing them should be done every 3 to 4 weeks if possible.

You wouldn’t think it, but a Maltese is considered a hypoallergenic dog. This is due to being a low-shedding breed.

How long do Maltese live?

On average, a Maltese dog can live anywhere between 12 to 15 years of age.

How big do Maltese get?

Typically, and being a toy breed, a Maltese will grow anywhere between 8 to 10 inches.

How much does a Maltese weigh?

A Maltese male averages around 3-8 pounds, while a female weighs somewhere between 2-7 pounds.

Do Maltese bark a lot?

They’re known to bark a lot, but a Maltese doesn’t bark any more than any other toy-sized breed. They’ll bark if they feel threatened, stressed, or fearful when they’re bored or enthusiastic, or just want attention.

Are Maltese good with kids?

Maltese dogs are little yet delicate pups, and although they make a nice family pet, they don’t do well with small children. This is due to the fact that oftentimes, smaller kids don’t know how to handle toy breed dogs. Little kids tend to be a tad too rough and can cause injury to a tiny dog. In this case, they’re too fragile, so they do better with older kids.

How many hours do Maltese dogs sleep?

Adult Maltese dogs usually sleep somewhere between 12 to 16 hours a day, while the Maltese puppies tend to sleep roughly around 18 to 20 hours per day.

When do Maltese stop growing?

Maltese dogs stop growing around 6 to 8 months old. Their growing takes place within the first six months, while in the other months, they settle into their weights and heights.

Are Maltese easy to train?

When it comes to training a Maltese, it’s fairly easy because they are very trainable and they’re eager to please their owners. Being a sensitive breed, it’s best to reward them with treats while using consistency, praise, encouragement, and positive reinforcement.

Are all Maltese white?

Unlike other dog breeds, Maltese dogs typically don’t have any variation when it comes to the color of their coats. White is their standard color, with occasional lemon, cream, or tan accent colors.

If they’re not properly socialized or trained, Maltese dogs can be a little aggressive. They tend to also be possessive. This comes in the form of their food, toys, their space, and more importantly, their owners. This behavior rears its ugly head when they feel jealous, intimidated, or threatened, and in some cases, when they feel they’re the leader of the pack or suffer from small dog syndrome.