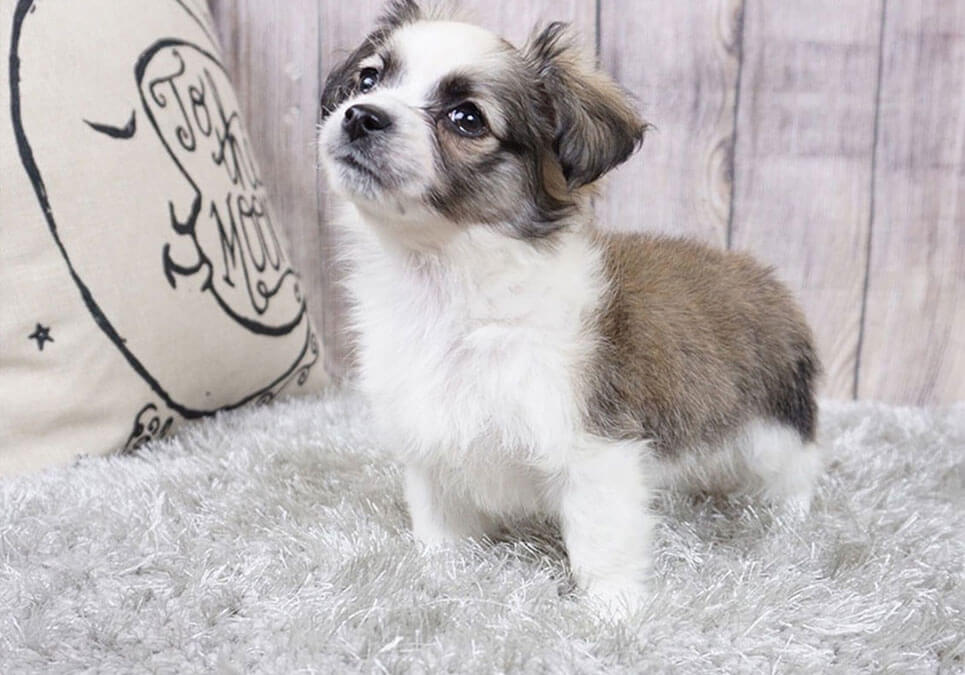 A Shiranian is an intelligent dog who has a calm demeanor but who can also be very energetic and playful. So gentle and affectionate, this dog loves his family, even so much so that he can become attached. He has a sensitive nature and bonds with his family and makes a wonderful companion and therapy dog.

What is a Shiranian dog?

Also known as a Pomatzu, Shih Pom, Pomshi, and a Shih-A-Pom, a Shiranian dog is a cross between a Shih Tzu and a Pomeranian. A Shiranian is a designer dog or hybrid dog, which means both of its parents are purebred dogs who mated and their offspring is an F1 dog from the F1 generation.

How long do Shiranians live?

The Shiranian lifespan can range anywhere from 12 to 16 years.

How big does a Shiranian get?

A Shiranian is a small dog, and it can grow anywhere from 7 to 10 inches tall (at the shoulders).

How much does a Shiranian weigh?

A Shiranian dog can weigh somewhere in the range of 4 to 16 pounds. Because of its small stature, it can fall under the toy dog classification. There’s also a Teacup Shiranian that can weigh anywhere from 4 to 6 pounds.

Shiranian dogs are considered to be a moderate-to-high shedding dog breed.

There have been conflicting reports as to whether or not a Shiranian is a hypoallergenic dog or not. Some sources have stated that they are, while others have said that they aren’t.

Can Shiranian dogs be aggressive?

The Shiranian dog breed isn’t known to be aggressive. If they were to show any type of aggressive behavior, it’s usually a symptom of suffering from separation anxiety.

Yes, a Shiranian dog is an intelligent dog. It’s the offspring of two smart dogs, the Shih Tzu who ranks #70, along with the Pomeranian who ranks #23 on the list of smartest dogs.

Do Shiranians bark a lot?

Shiranian dogs aren’t typically big barkers, but they will bark if they’re provoked by something.

Are Shiranians easy to train?

A Shiranian will easily follow a command, and picks up things fairly quickly, which makes it easy to train.

A Shiranian dog is a very good pet who’s a gentle and affectionate pup that gets along with just about everyone.

Are Shiranians good with kids?

They love and get along with children, especially older kids, but they don’t do well with smaller children because they can unknowingly hurt a Shiranian because of its small size by roughhousing, poking, or any other unwanted behaviors.

How much exercise does a Shiranian dog need?

Being an active breed, it’s important that Shiranian dogs get enough exercise per day. It’s best to take them on a few 15-20-minute walks throughout the day.

Do Shiranians get along with cats?

There’s a possibility that a Shiranian dog will see a cat as prey and have the instinct to want to chase after it, but then on the flip-side, if they’re introduced from kitty and puppyhood, there’s also a chance they can get grow up together and get along just fine.

Can Shiranians be left alone?

A Shiranian is a companion type of dog who enjoys his owner and family, and can’t be left alone for too long or too often if not, it’s prone to suffer from separation anxiety.