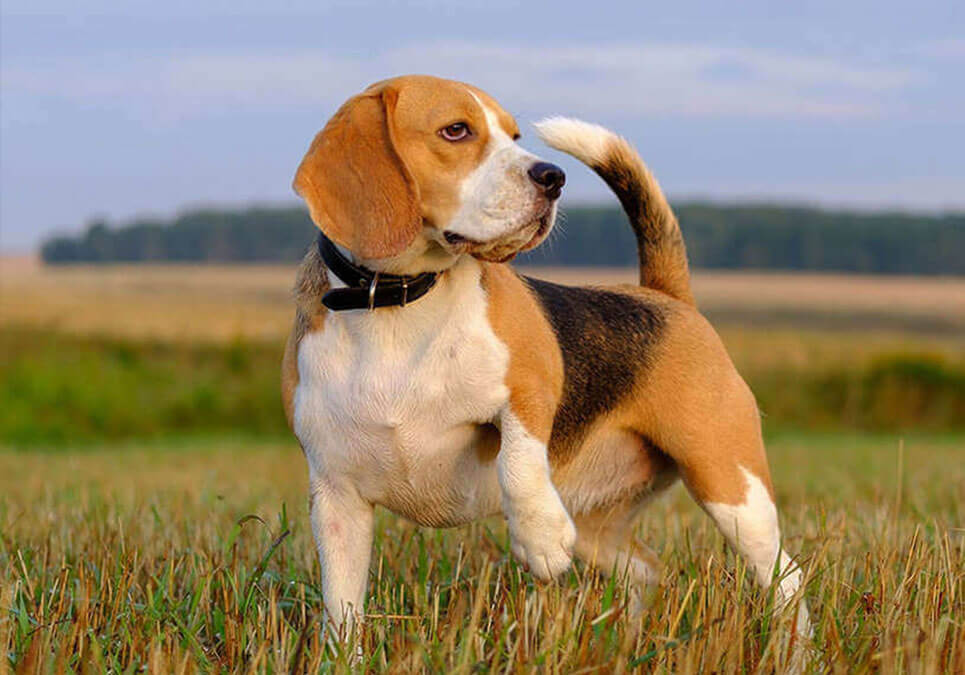 The Beagle is a cheerful and sociable breed that loves being in the company of people, making them wonderful family pets. They’re very intelligent, and they’re so lovable. These athletic pups are full of energy and are quite adventurous canines. Can’t forget their playful and fun-loving nature, and that they’re easy to groom.

Even though they have short hair, one wouldn’t think so, but Beagles shed a lot. This is due to the fact that they have a double coat. They’d be classified as moderate shedders. If fed the proper nutrition, and properly groomed, their shedding could be lessened.

In short, no. Beagles aren’t hypoallergenic dogs because they shed and produce dander. This can be an issue for those who suffer from allergies.

How long do Beagles live?

The average lifespan of a Beagle dog ranges somewhere between 12 and 15 years.

How big do Beagles get?

How much do Beagles weigh?

It should be known that Beagle dogs are prone to obesity. Beagle males and females have different weight ranges. The males range between 22 and 24 pounds, while the females can weigh somewhere between 20 and 22 pounds.

When do Beagles stop growing?

When it comes to the weight and height of a Beagle, they stop growing somewhere around eight months old and stop filling out around 18 months old.

The Beagle dog is considered to be a good dog, and this is due to their sociable and friendly nature, and how good they are with, and around people, children, and other pets.

Beagles aren’t ranked very highly when it comes to the list of the smartest dogs, but they aren’t dumb by any means. They’re very smart, intuitive, and instinctual. They’re also good communicators and problem solvers, in addition to being independent thinkers.

Are Beagles good with kids?

In simple terms, yes, Beagle dogs are good with kids, especially when the kids are older, but since they tend to be a little rambunctious, especially as a puppy, they aren’t a good choice of breed for those families who have smaller children. Please note that it’s best to supervise the Beagle puppy around little kids just to be on the safe side.

Are Beagles easy to train?

The answer is no, Beagle puppies aren’t easy to train. This is due to having a bit of a stubborn nature and being very energetic, along with the fact that they have a tendency to become easily distracted because their sense of smell wants to lead them to that particular spot they’re picking up.

Are Beagles good with cats?

Yes, Beagles get along with cats because they get along with other animals. They love a good chase of cat and dog, but nothing is threatening about the Beagle dog. They also come from a herding background, so they look at a cat as one in the herd.

The answer has varying results. It’s been said that the Beagle breed knows how to swim, while it’s also been said that they can’t. This would have to depend on the dog if they can or cannot. Some Beagles might not be fond of the water or swimming in general, or they might do okay and enjoy it.