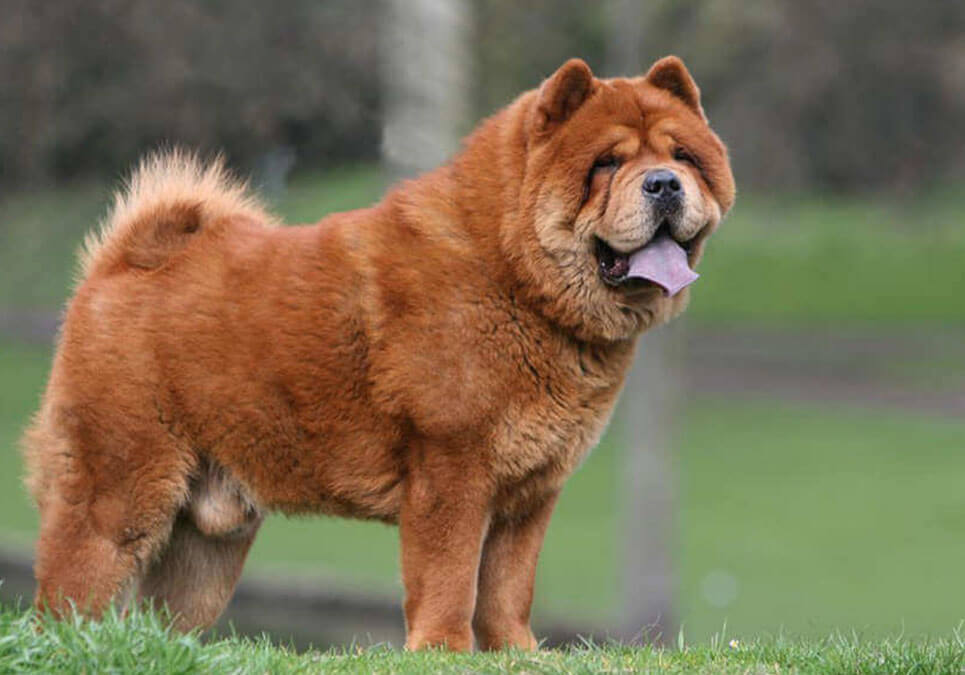 A Chow Dog is quite a regal canine who’s highly intelligent. He’s self-cleaning and has catlike behavior. He’s very independent and can be a little aloof at times. He has a quiet disposition and doesn’t seek a lot of attention. He is quite devoted to and loves spending time with his owner.

How big is a Chow Chow dog?

Because Chow Chow dogs have a double coat, they are considered to be heavy shedders. They shed year-round, and more so seasonally and during grooming, and can even shed because of diet or health issues.

The Chow Chow dog breed doesn’t qualify as a hypoallergenic dog because of its heavy double coat that sheds.

A Chow Chow dog is an active dog, but it’s one breed that doesn’t require much exercise.

The Chow Chow lifespan ranges anywhere between 9 to 15 years of age.

Can a Chow Chow be a service dog?

Typically, a Chow Chow dog isn’t the best candidate for a service dog because they have a tendency to be aggressive, aloof, and stubborn. Their stubborn streak makes it difficult to train them to be one, but that doesn’t mean that a Chow puppy can’t be trained early on to become one.

Their unassuming looks can throw you off, but the Chow Chow dog breed has a dominant and instinctive protective nature, which makes them good guard dogs. They’re very protective of their loved ones and tend to be wary of other dogs and strangers.

Are Chow Chows good with other dogs?

Chow Chow dogs are independent and dominant and can become aggressive when it comes to other dogs, especially those of the same sex. It’s best to introduce your Chow Chow puppy to other dogs during puppyhood so they can be properly socialized to get along with different ones from an early age.

The Chow Chow dog breed can be aggressive due to its dominant and protective nature. They are aggressive towards other dogs of the same sex, as well as strangers. Chow puppies can be socialized and trained to help minimize and alleviate this behavior.

Because of their independent temperament, along with their laid-back personality, a Chow Chow dog does well in an apartment setting. They also like to be indoors where it’s not as hot because they have a sensitivity to heat.

Chow Chow dogs aren’t known to be a friendly breed like some other dogs. They’re independent and reserved and can be aloof at times. They have a quiet and introvert-like disposition, and they don’t always take kindly to strangers.

Is a Chow Chow a large breed dog?

The Chow dog breed isn’t a large dog. They fall under the medium-sized category.