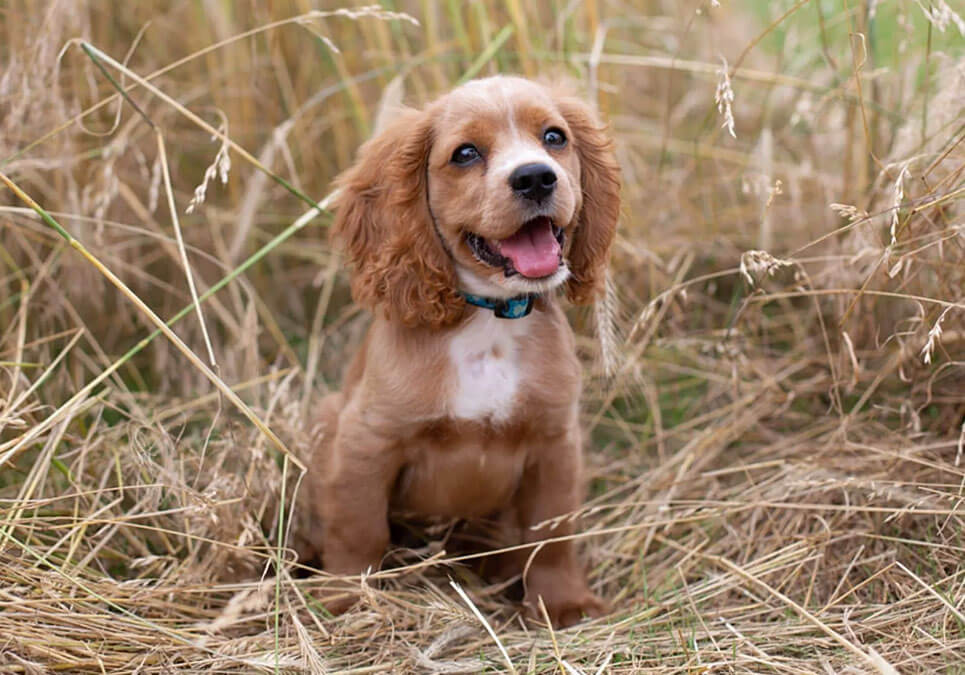 Cockaliers check off so many boxes when it comes to owning a pet. They’re not only lovable but they get along with adults, seniors, children, and many animals. They make a great companion who is responsive and can do well with one owner or within a family. The best part is they’re easy to train.

What is a Cockalier?

A Cockalier is a designer dog that’s a Spaniel mix of a Cocker Spaniel and a Cavalier King Charles Spaniel. Being hybrid dogs, Cockaliers are F1 dogs from the F1 generation.

How long do Cockalier dogs live?

The Cockalier lifespan ranges from 12 to 15 years of age.

Cockalier dogs are considered to be moderate shedders. They shed more heavily during the spring and fall months.

Is a Cockalier hypoallergenic?

A Cockalier doesn’t qualify as a hypoallergenic dog due to its shedding. This isn’t a good breed choice for those individuals who suffer from allergies, especially when it comes to dander.

How big do Cockaliers get?

A Cockalier dog can grow somewhere in the range of 12 to 15 inches tall.

How much does a Cockalier weigh?

When are Cockaliers fully grown?

A Cockalier puppy reaches its adult Cockalier size around 10 or 11 months of age.

Loving, loyal and gentle, the Cockalier is a good dog who makes a great companion and family pet.

Are Cockaliers good with kids?

Yes, a Cockalier dog does well with kids. They enjoy being in the company of young children.

Do Cockaliers bark a lot?

Cockalier dogs aren’t big barkers. They will bark around new people, and other animals and alert you when strangers are approaching.

Cockaliers are intelligent dogs whose parents rank high on the smartest dogs list. The Cocker Spaniel ranks #20, while their other parent, the Cavalier King Charles Spaniel, ranks #44.

Are Cockaliers easy to train?

A Cockalier dog is very smart, obedient, and eager to please. These three traits make training them fairly easy. They’re also not as sensitive as other dogs and can handle softer punishments.

How much exercise do Cockaliers need?

A Cockalier is a high-energy dog who needs at least an hour a day of exercise.

Cockalier dogs aren’t an aggressive breed. They are fairly gentle, outgoing, and have pleasant dispositions.

Can Cockaliers be left alone?

Being both social and a companion dog, a Cockalier can’t be left alone for long periods. If not, destructive behaviors can occur because they are prone to having separation anxiety.

Do Cockaliers get along with cats?

How much to feed a Cockalier?

A Cockalier dog should eat twice a day and consume anywhere from ½ cup to 2½ cups of high-quality dog food. As an owner, you should always consult with your veterinarian first as to what’s the best diet to feed your particular dog.

Cockalier dogs are non-aggressive so guarding isn’t in their nature. They will notify you with a bark, but they’re average when it comes to being good watchdogs.