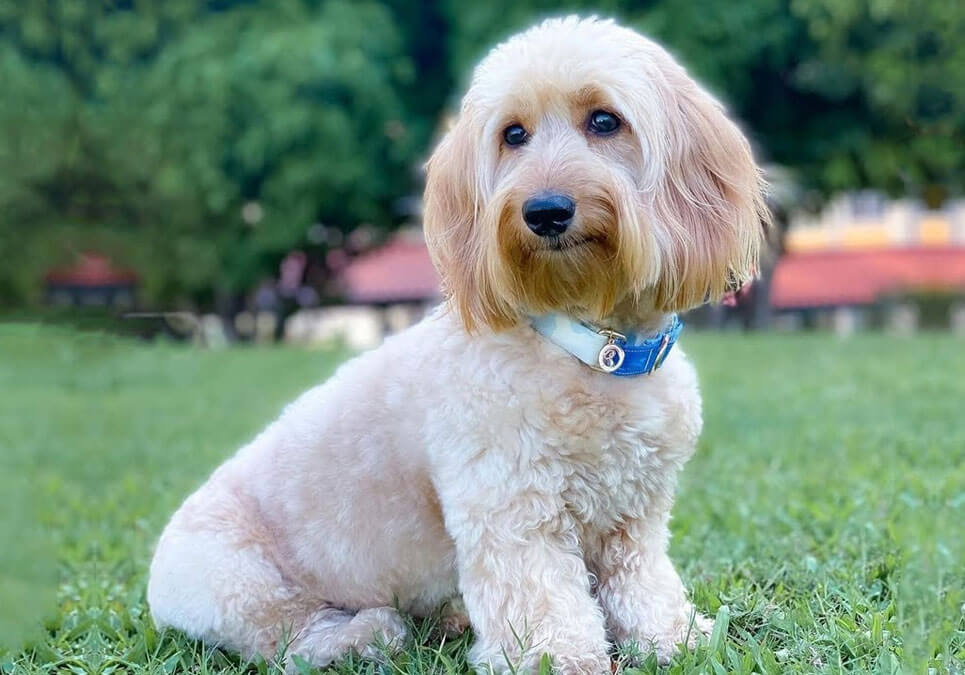 Doxiepoos are adorable dogs who have an easy-going disposition along with a sensitive nature. They’re well-behaved and make excellent companions who enjoy spending time with their families. They’re also very loving with so much love to give. They’re wary of strangers at first, but once they warm up to you, it's Heaven on Earth.

A Doxiepoo is a designer dog that’s a cross between a Dachshund and a Poodle. This combination is what’s called a hybrid dog, and falls under the F1 generation, meaning the first generation of F1 dogs.

How long do Doxiepoos live?

The Doxiepoo lifespan can range anywhere from 10 to 18 years of age.

Because of the Poodle parent, a Doxiepoo can be classified as a hypoallergenic dog.

How big do Doxiepoos get?

The Doxiepoo breed can vary in type, height, and weight. The Poodle parent can be either a toy, miniature, or a standard Poodle, while the Dachshund can be a miniature or standard, but still on the smaller side. The result of their offspring is a tossup but can be either toy, miniature, or varied-size standard. Their weight can range from 5 to 30 pounds, and their height can be anywhere from 5 to 15-inches tall.

When will Doxiepoo stop growing?

A Doxiepoo puppy won’t reach its full grown Doxiepoo adult size until somewhere between 8 to 15 months.

Are Doxiepoos good with kids?

Doxiepoo dogs get along with children, but they do better with older children because they have delicate bodies, and oftentimes, younger kids might unknowingly injure them.

A Doxiepoo can be a good dog because he’s a wonderful companion who has a loving disposition, loyalty to his owners, and loves spending time with his family.

Do Doxiepoos bark a lot?

Doxiepoos stem from barking parents, so they bark a lot. They tend to bark at the mailman or anyone approaching, and just about any sound or movement around the house.

Do Doxiepoos do well in apartments?

Sizewise, Doxiepoo dogs can live nicely in an apartment, but because of their excessive barking, they might not do well unless they are trained from puppyhood.

Some Doxiepoos can become aggressive, especially males. If left alone for too long or not exercised enough, their pent-up energy or anxiety could manifest itself in the form of aggressive behavior.

Are Doxiepoos easy to train?

The Doxiepoo dog is very intelligent. He’s the offspring of the second smartest dog breed, the Poodle, along with the 49th on the list of smartest dogs, the Dachshund.

How much exercise do Doxiepoos need?

Walking and playing will keep your Doxiepoo happy, so incorporating different routines into your daily exercise regimen would be a good idea. Overall, your dog should have at least an hour a day of some form of activity.