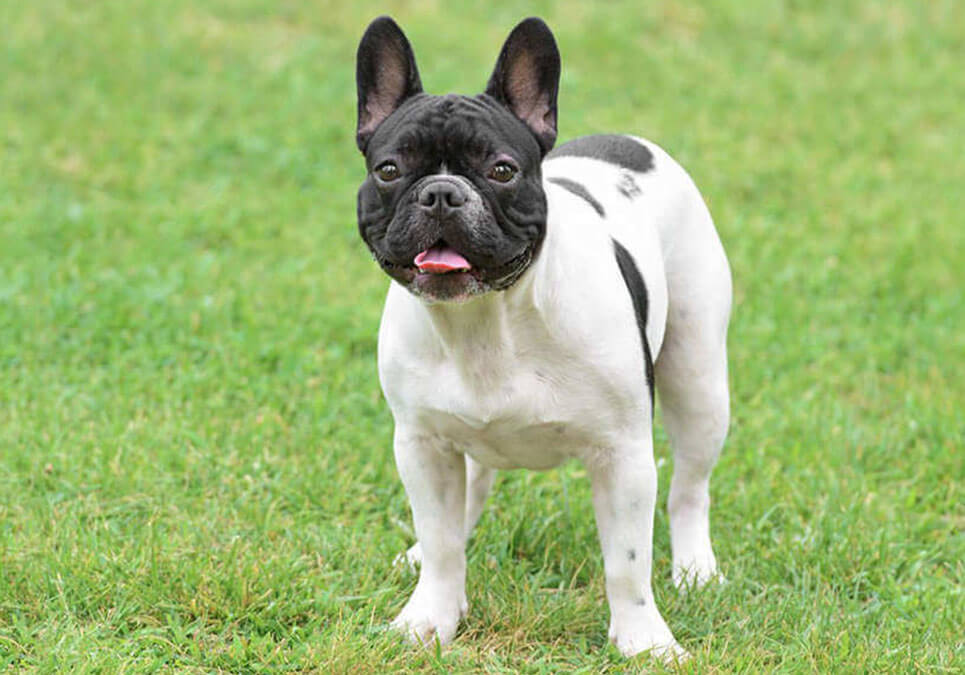 French Bulldogs (also known as Frenchies) are even-tempered, loving, and friendly pups. They are full of fun, and personality. They possess smarts and have adaptive natures. They're an apartment-friendly breed, so that comes in handy. They're known for their cute and squished, flat faces. They come in micro and mini sizes, but the standard size is the most popular.

French Bulldogs are what’s considered low-shedding because they don’t possess an undercoat, but like any dog, they still shed a lot. Their fur is typically short with a smooth and glossy coat, but occasionally, you may come across a long haired French Bulldog. Whatever the type, they shed the most in the warmer months and will grow a thicker coat during the colder months for warmth.

Grooming them often is one way to help lessen them from shedding as much. If your pup is shedding excessively, it’s a must they be taken to the veterinarian to be examined.

How big do French Bulldogs get?

They can grow to the height of 11 to 13 inches fully grown. This is helpful for city dwellers.

In short, no, they aren’t. We as people aren’t allergic to a dog’s fur, but the dander that roams in the hair of a dog. Dog dander is similar to dandruff in human hair and the cause of many people’s allergic reactions to “dog hair.” There’s no such thing as a hypoallergenic dog, just dogs with curlier hair tend to have less dander.

A Frenchie Bulldog is considered smart, but they don’t rank as one of the top, most intelligent dogs. With the intelligence they do possess, they’re able to respond to commands, especially if you making training them as a game. Remember, they’re fun-loving, so they can act like clowns and be goofy at times.

How much do French Bulldogs weigh?

On average, a French Bulldog can weigh anywhere from 16 to 28 pounds. With the males weighing around 20 to 28 lbs., and the females weighing somewhere between 16 to 24 lbs.

Are French Bulldogs good with kids?

In general, they’re good with kids, and this is due to their size, and their friendly disposition. It boils down to early socialization and taught proper interaction. Avoiding any roughhousing is key. Also if the dog is hyperactive, it might have a negative reaction, but for the most part, the French Bulldog puppy is a very family-oriented pet.

Overall, Frenchies aren’t typically known as an aggressive breed, but they can become territorial of their food bowls as well as their homes. As with any dog, any type of aggression can occur due to improper training and socialization.

Do French Bulldogs bark a lot?

All dogs bark because it’s in their nature. They do it as a form of communication. Be it to alert you of something, they want attention, because of fear, or pain, they’re experiencing a health issue or anxiety or guarding their territories, but a Frenchy Bulldog isn’t known to be a big barker. If one does bark a lot, it’s attributable to the aforementioned.