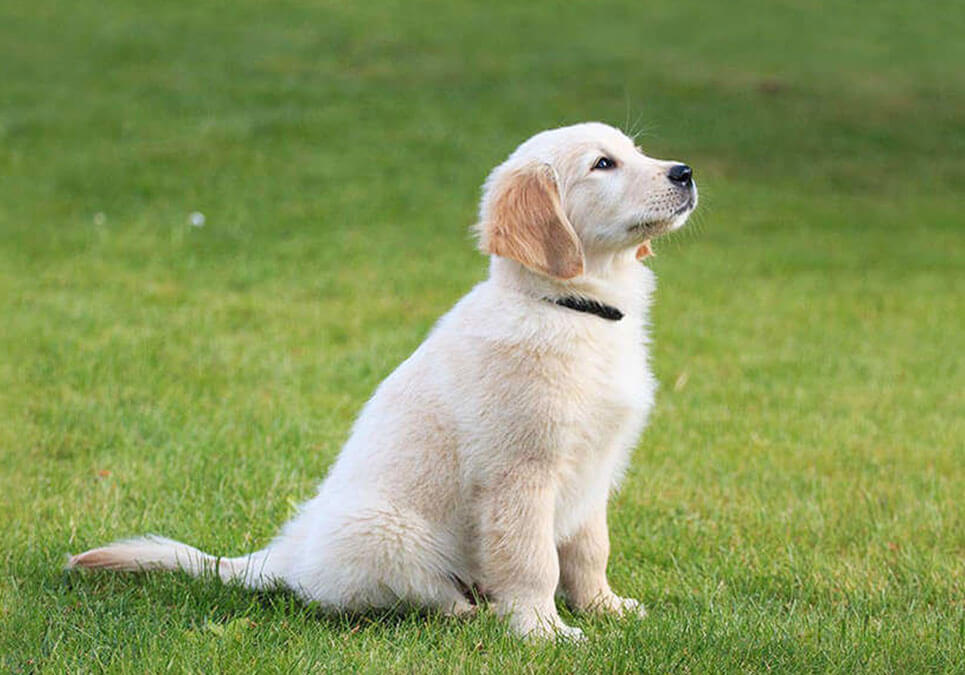 The Golden Retriever dog is popular for a reason. They’re so smart. They possess confidence, and are very outgoing and friendly. They’re so playful, and make a nice companion, too. They are the quintessential breed, especially when it comes to families and kids alike. Their well-mannered disposition makes them a pleasure to have around.

A Golden Retriever is considered to be a moderate shedder. He sheds lightly throughout the year, but will shed more excessively in the spring and fall months.

Because they’re shedding dogs, Golden Retrievers aren’t hypoallergenic dogs by any means. Those who suffer with allergies have potential to be allergic to this breed.

How long do Golden Retrievers live?

A Golden Retriever has a lifespan of anywhere from 10 to 12 years.

How big do Golden Retrievers get?

Golden Retrievers differ in size when it comes to males and females. A male can grow as tall as 22 to 24 inches (at the shoulder), and 20 to 22 inches for females.

How much do Golden Retrievers weigh?

Golden Retrievers are very good dogs who are very loving. In addition, they have a gentle and friendly disposition with an easy-going nature.

Do Golden Retrievers bark a lot?

The Golden Retriever dog is known to be a peaceful breed, and will only bark if needed. They will bark if they’re curious about something or when they want your attention.

When do Golden Retrievers stop growing?

When it comes to height, a Golden Retriever will reach their height around their first birthday, but they will continue filling out weight-wise up until their around 18 months of age.

Typically speaking, Golden Retrievers are not an aggressive breed, when in fact, they are the direct opposite, but like with any dog, they have the ability to become aggressive. Aggression can occur if there’s a lack of exercise, there was some abuse or mistreatment done to them, they sense danger, or they weren’t properly trained or socialized. They can also have fear, feel anxious, or they’re sick with an illness of some kind.

Are Golden Retrievers easy to train?

Compared to other breeds, the Golden Retriever dog is easy to train because they’re eager to please, learn quickly, and are very smart. It’s best to be aware that they do have a tendency to become bored and need mental stimulation, and they can be mischievous during puppydom. These behaviors can occur during the training process.

Are Golden Retrievers good with cats?

Golden Retrievers are a friendly dog breed, so they get along with everyone, even cats. This relationship can only happen when your dog is properly trained and socialized.

Does a Golden Rretriever bite?

In general, Golden Retrievers don’t bite, but as with any dog, if you enter them feeling threatened, scared, hurt, overwhelmed, sick, or they weren’t trained properly into the equation, they have the capacity to bite. Golden Retriever puppies will bite up until they’re 8 to 14 weeks old.