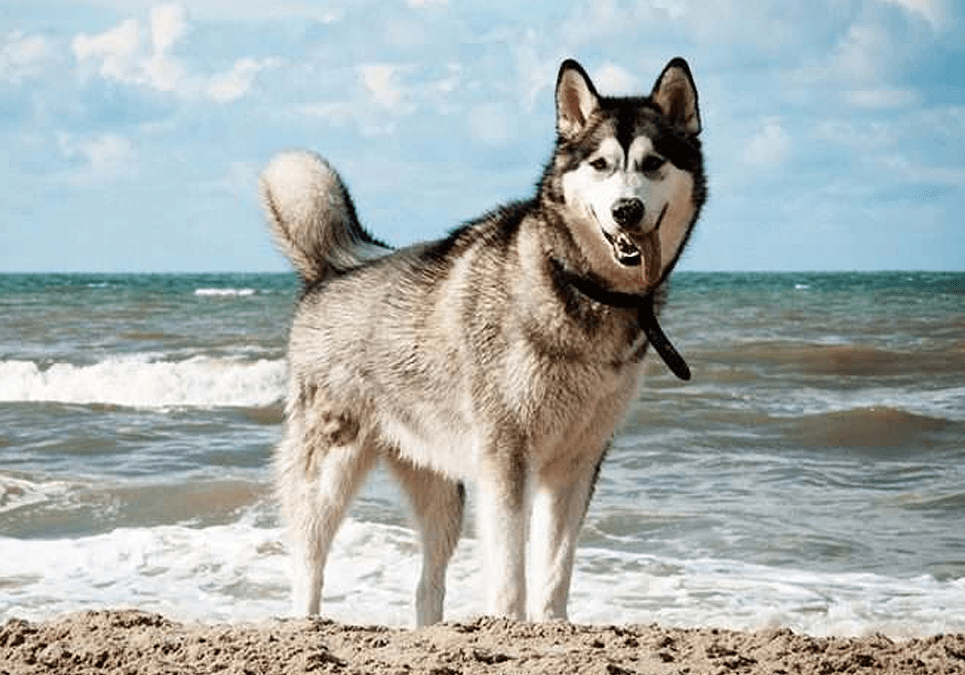 This icy blue-eyed beauty of a breed is not only good-natured and friendly but Siberian Huskies are also affectionate and loving towards people and children. They’re very athletic with a lot of energy. In addition, they’re curious with a mischievous nature. They’re the free-spirited type, along with being fun-loving and playful.

Where are Siberian Huskies from?

The Siberian Husky origin and lineage stem over 4000 years in Northern Siberia by the Chukchi people. There, they were bred to be used as companions and sled dogs. In 1908, they were brought to Alaska in 1908 to be used in the Gold Rush.

How long do Siberian Huskies live?

On average, the Siberian Husky lifespan ranges from 12 to 15 years of age.

How big do Siberian Huskies get?

Siberian Huskies can range in heights within the males and females. The female can vary between 20 to 22-inches, while the male can be anywhere from 21 to 24-inches tall.

How much does a Siberian Husky weigh?

Just like height, the male Siberian Husky weighs slightly more than the female. A male can weigh anywhere between 45 and 60 pounds, and a female can weigh between 35 to 50 pounds.

When do Siberian Huskies stop growing?

Siberian husky puppies grow fast within their first six months of life and will continue to grow until they’re somewhere between 12 and 18 months.

Siberian Huskies shed a little more than average and will shed more excessively during the spring and fall months.

The Siberian Husky dog has a double coat that sheds, so it doesn’t qualify as a hypoallergenic dog breed.

Siberian Huskies are intelligent dogs. They rank #74 on the list of the smartest dog breeds.

A Siberian Husky isn’t known as a big barker, but they are a very vocal breed.

The Siberian Husky breed isn’t known to be an aggressive dog. They do, however, have temperaments that can become unpredictable because of their active nature. They need avenues to release their pent-up energy before it leads to destructive behavior.

A Siberian Husky is a good dog because of its friendly, affectionate, and gentle disposition.

Are Siberian Huskies good with kids?

The Siberian Husky dog loves adults and kids but they need to be supervised around smaller children because of their lively and energetic personalities.

Siberian Huskies have the adaptability to live in various climates but do better in colder weather conditions. When it comes to warmer weather, it’s the responsibility of its owner to prevent their dog from overheating and dehydrating. Some examples are keeping them in the shade, taking them for walks in the morning, having the air conditioning on, and providing them with plenty of drinking water.

Can you cut Siberian Husky’s hair?

Because he sheds naturally, a Siberian Husky doesn’t need to be shaved or have his hair cut.

How fast can a Siberian Husky run?

The Siberian Husky dog is very athletic. He’s full of energy, and running is one of the ways to help with his energetic nature. He’s a very fast runner with exceptional stamina, and on an average day, he can run 150 miles with speeds of 9 to 10 miles per hour, and as high as 30 miles per hour.