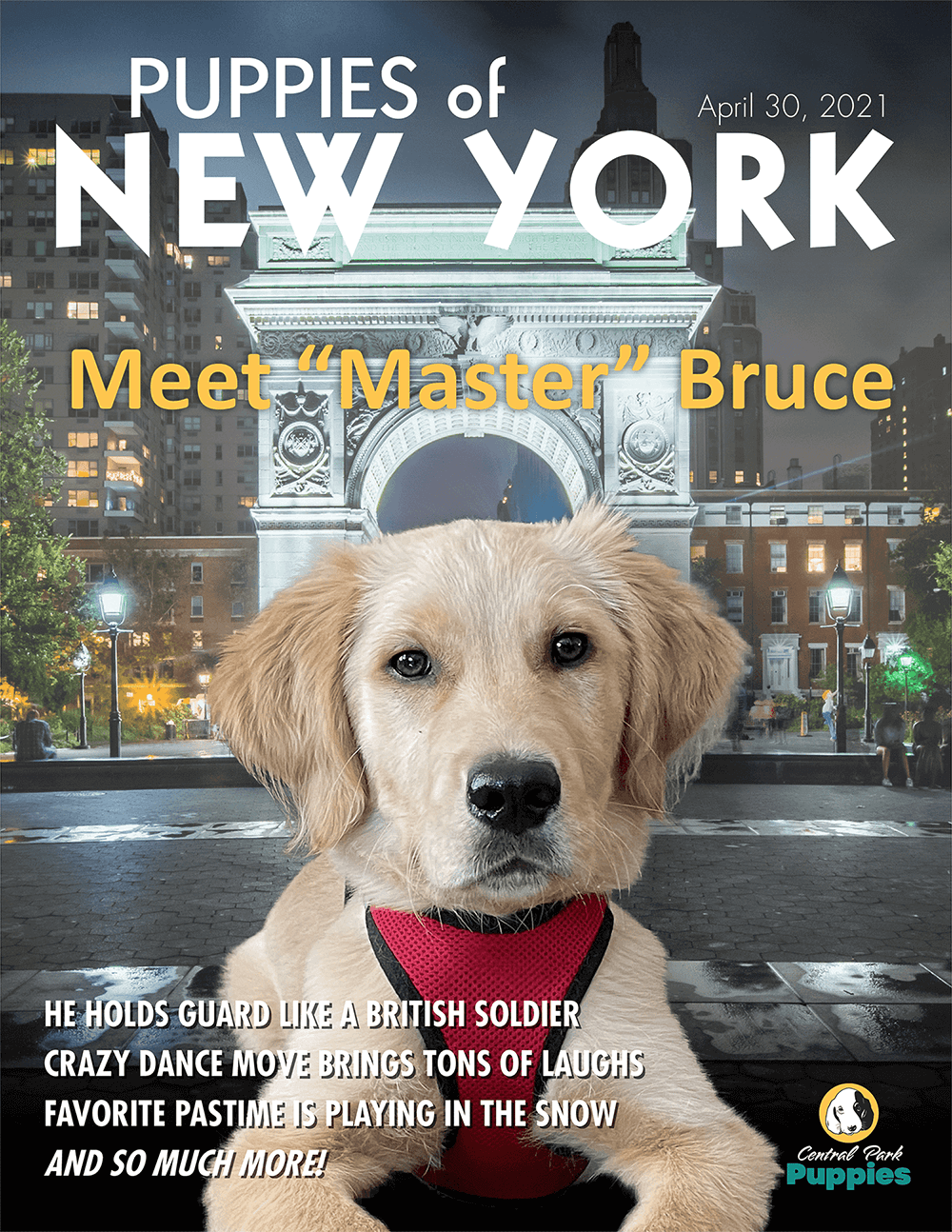 I also respond to ‘Master Bruce’, as my dad likes to call me in his best Alfred-voice, from Batman. I am a Golden Retriever who has been living in the New Hyde Park Village area in Long Island, NY since December 2020, with my human dad, Jonathan, and my grandparents (Jonathan’s parents). I’m still pretty new to the area and to my family, but my dad says his favorite memory of me, so far, was the first time it snowed only two or three weeks after he brought me home.

Jonathan made sure I was all bundled up in this new jacket he bought me. He wasn’t sure if I would like it or not, but let me tell you, the very first time I saw snow, I was running and rolling all around, playing, and it was the first time my dad saw me just being myself. After I was tired out, I just laid there in a pile of snow and watched people go by. I was so happy that day and my dad says the look I gave him was the ultimate high for him.

On days when it’s not snowing outside, I love eating grass, picking up sticks and random things with my mouth that puppies probably shouldn’t EVER have in their mouths. My dad will tell you that I could have a bowl of food in front of me, but if there’s an interesting leaf on the ground, I’ll probably put that in my mouth instead. I also love to people watch whenever I can. I’ll sit out there, alert and holding my position like a British soldier, and then I’ll wait until everyone is gone before I go back to my toys or to eating something I shouldn’t. Otherwise, you could describe my personality as easygoing and chill. My dad says I’m like the mellow guy that you would assume is from California - laid back and going with the flow. A lot of people get surprised at how mellow I am for a Golden Retriever, to the point where, early on, Jonathan even thought something was wrong with me and was worried he wasn’t feeding me enough because of how low-key I was acting. Now he knows that it’s just me being lazy, like I am 99% of the time. But once there’s snow on the ground or if you want to play and run around with me, I can turn a switch and keep up with the best of them.

I do some pretty quirky things too, like this unique little hop and skip that leaves fun prints in the snow. I also have a special puppy dance that I will only perform for my grandpa – who is probably my favorite person in the whole entire world. I won’t do my dance for anyone else. I do this really funny repeated sideways-thrusting move with my volcano toy too, which always makes everybody laugh, but for some reason my dad suggested I shouldn’t perfom that dance move in public.

I guess I don’t always fully understand human ‘norms’, but if I were a human, my dad says I would be that old man, who sits outside the local coffee shop all day long with his pals, saying hi to everyone I meet, people watching, and just hanging out and enjoying life. It’s a pretty spot-on description if you ask me, especially if that coffee shop is in a place that has a lot of snow! Now, if you will excuse me, I have to go watch somebody walking by our driveway.” 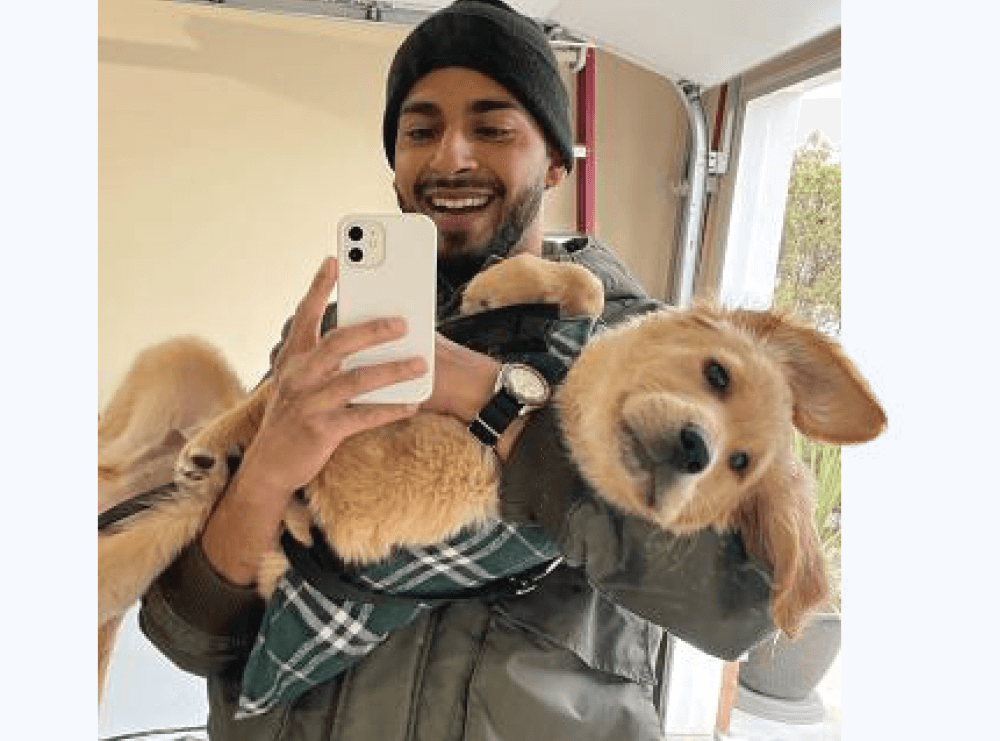 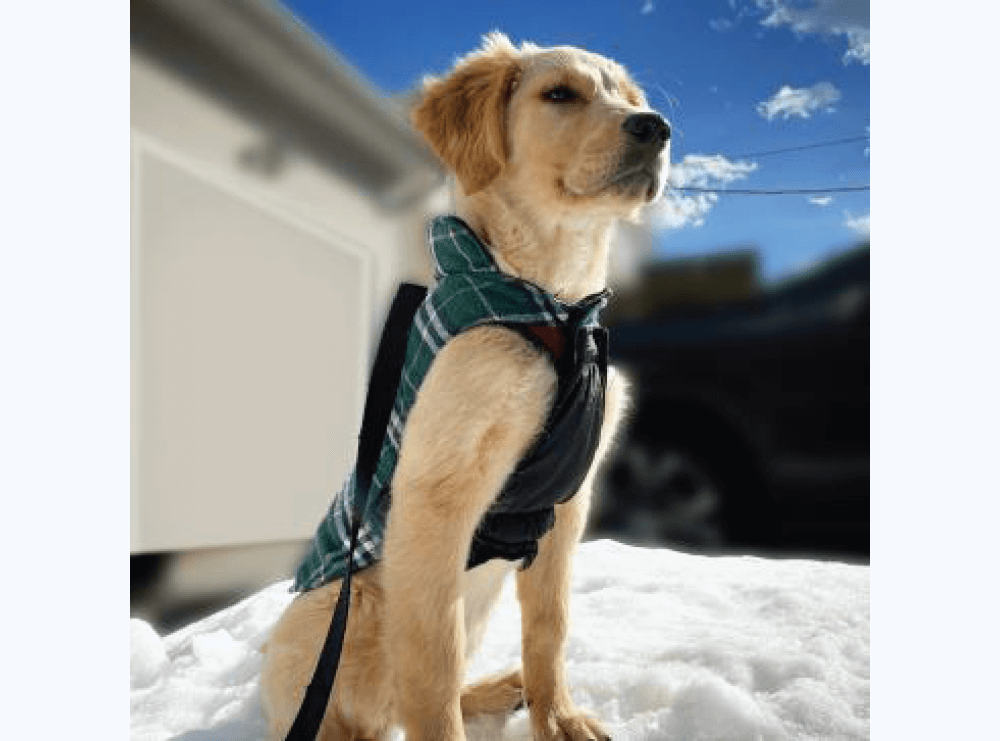